Network members Francois Heon and Emmanuel Grouton have taken the initiative to organize a a Follett-inspired gathering, with the agreed date of October 14-15, 2011, and location in the Boston area. This discussion focuses on the details of that gathering.

I think it is time to choose the date now ?

I am indifferent between the two, but let say I prefer the 15th.

October 15 is good for me too!

Maybe we should not wait more than few days before we stabilize the agenda (October 14-15?). The earlier we get the agenda, the cheaper will be airplane tickets for foreign countries participants, the more comfortable will be the organizing of the meeting. Did you get other answers with other date proposals than October 14-15?

If anyone is OK with October 14-15, may I suggest someone to email to every member of the MPF network (is it possible with it?). What do you think?

(We are by the way a bunch of guys(so far) initiating a Mary P. Follett event

We have consensus so far on a new date:

Which would possibly be the second international Mary P. Follet meeting after the 2002 conference organized by the Mary Parker Follett Foundation.

Following are suggestions by Sebastien, Emmanuel, Chris and Matthew which I have pasted back-to-back. There seems to be a common interest for diverse topics and different angles of exploration (i.e. academic, pratical testimonies/applications, and local MPF related visits.)

At this point, my first question is whether we can have a technological way to engage a conversation in real time as a group (skype?). Any ideas?

And could Matthew change the thread with the new date?

Isn't it possible to organize a two-days seminar with round table discussions on 4-5 topics (for example, "How to make 'integration' a practical concept for managers?", "Follett's contributions in public policy making", etc.) with 4-5 papers supporting discussions?

I would prefer to come the 15th of October but the 22nd could be also a good solution for me.

(1) share my personal vision of MPF's thoughts and how I implement her concepts and ideas in my research activities (presenting concrete illustrations of facilitation techniques based upon MPF's ideas),

(2) share the way, colleagues (not only academic) are using MPF's ideas in their fields or activities,

(3) see presentations about MPF's writings (I am not sure that my personal knowledge about MPF is complete enough),

(4) in a more general way, find my place in the MPF networks to share folletian practices with others.

I think reasonable to have at least a 2 or 3 days meeting (but it will depend on the number of people coming).

One idea may be to send a message to members of the MPF network for a pre registration in order to evaluate the number of interested persons to come?

Another idea could be to send a link to everyone on www.doodle.com.

A trip into South End/Lower ROxburry where MPF did her early community organizing is a very exciting idea!

1- Format: Can be anywhere from people presenting papers (ugh) to one big non-stop conversation with no structure (can be fun but also frustrating). Likely something in between. One big group? Smaller interest groups? Both? Preparation before the meeting like in the "Follett Conversation" some years ago, or just come as you are?  How many people, and what they organize themselves there, will in turn affect the desired length of the gathering and the kind of space needed.

My own bias is for a focused-yet-open conversation emphasis, with some in a more intimate gathering space that allows for 24-hour focus (e.g., in a retreat setting) is the most satisfying. But a retreat is more expensive than perhaps simply using university meeting rooms.

However, if it's a very small gathering, there will be less of a need there will be for structure and less dependence on environment.

3 - Getting the word out - If there is a desire to have something as large as possible, then advertising will be important, as soon as possible. That, in turn, can't be done until a format is set, costs identified, etc.  There are lots of channels that can be used, of course, particularly with electronic media as they are today.

In order to reserve facilities we'll probably need to project/estimate how many are likely to come. It's difficult to tell for certain whether it would be 50 or 20 or 12 or 100. Also, I'd be glad to reserve facilities at Northeastern, but another possibility would be to see if Harvard would like to sponsor this since she was a graduate of Radcliffe (which is part of Harvard). The current president of Harvard, Drew Faust, was the head of Radcliff before she was appointed president of the university.

Also, would we want to perhaps try to arrange an optional field trip into the South End/Lower Roxbury where MPF did her early community organizing?

I would love to come to the conversation. I would like the format to be more or less traditional/academic for two reasons.

First, I am in an academic context and going up for tenure next Winter and so enjoy being able to 'count' my involvements.

Second, I agree with Sebastien in thinking that two days is not sufficient time for a truly large scale participatory group conversation (but I am willing to try).I like the idea of round table dialogue, short paper presentations, and just the chance to talk with others about MPF and the work we are all doing.

In any case - I love the idea and you can count me in. I will be traveling from the Spokane, WA area.

“The object of a committee meeting is first of all to create a common idea. I do not go to a committee meeting merely to give my own ideas. If that were all, I might write my fellow-members a letter. But neither do I go to learn other people’s ideas. If that were all, I might ask each to write me a letter. I go to a committee meeting in order that all together we may create a group idea, an idea which will be better than any of our ideas added together. For this group idea will not be produced by the process of addition, but by the interpenetration of us all. This subtle psychic process by which the resulting idea shapes itself is the process we want to study.”

THE NEW STATE.Chapter IV. The Group Process: The Collective Feeling

Although our process is slow we do have consensus on a number of points:

1. October 14 (evening) and October 15 (day) seem to be good dates for almost everyone.

2. As for the actual program everyone seems to agree on a mix of perspectives (i.e. different topics, academic work and practical interventions as well). I like Sébastien's way of putting it as you can read in my previous message. And as Matthew suggested, we need a mix of focused structure and flexibility.

How about a Friday supper where we could all meet and get to know each other and share our interest for MPF?

The Saturday could be a series of workshops/presentations and could finish with an historical visit and supper.

John could be our logistics person and book the restaurant, Saturday location and possible visit. If the Boise event gathered around 20 people in 2002 I believe we could at least to the same in 2011. I also have a professor friend in Philaldelphia who would like to attend. But he needs to know when!

Let's get this show on the road!

1.      My personal intention to participate in such an event. Why? and What would I most like to experience?

Having just completed my dissertation on the environment that informed MPF theories on participatory governance I want to become an active member of the MPF Network. To be more specific, using a case study format I attempted to answer the questions:   “What were key environmental influences in Mary’s life that lead to her theoretical foundation?” which provided insight into the second question “Was her gender a contributing factor in the development of her theories?”

I would like to present a bit of my case study but also present on the relevance of her theories in networking, social capitol and the democratic process.  I am an academic that teaching civic engagement, policy development and negotiations within the public sector but having spent years as an advocate and practitioner I can bring the ‘sacred knowledge’ of academics and the ‘profane knowledge’ of the community.  Mainly I am just looking for good dialogue with folks that recognize MPF’s genius and importance.

The October date being discussed is fine.  If I can be of any help or participate in the creation of this gathering please contact me – vwerne1@uic.edu

Mary’s world view theory supports the expansion of networks seeing the “true individual - the undivided one - who, living link of living group, is yet never embedded in the meshes but is forever free for every new possibility of a forever unfolding life” (Follett, 1917).

Great to read you Valerie! Welcome on board!

Wrote a long reply that got zapped.  Probably saved you some time.  I'll be more brief 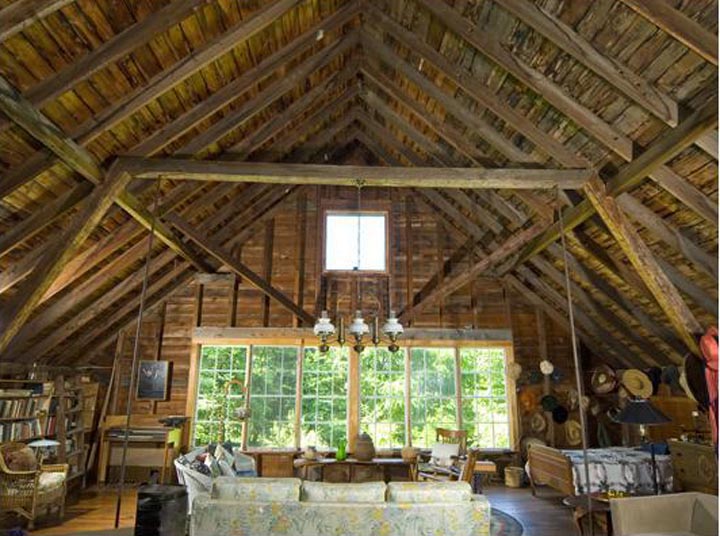