I just discovered Follett and wrote a short article about her for the Conscious Leadership Guild, published here:

It looks like one must join the Guild in order to read the article, no?

Matthews, my apologies if that is the case. Here is a copy of the article: 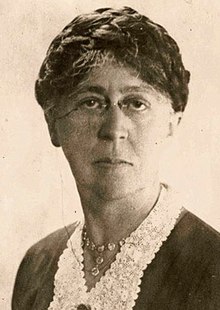 It isn’t often that I feel shocked when learning about a visionary business person I have never heard of, especially at my age, but I was recently. Mary Parker Follett (1868-1933) died four years before I was born yet I only recently learned she pioneered the fields of management and leadership, a field I have specialized in for decades. Warren Bennis, the late leadership guru and a cherished colleague of mine, said of her (according to Wikipedia):

Just about everything written today about leadership and organizations comes from Mary Parker Follett's writings and lectures.

A big part of my surprise when learning about Follett was that I had considered Bennis the godfather of leadership wisdom much like I had considered Peter Drucker the godfather of management theory, at least here in the U.S.A. After learning of Follett I discovered that Drucker had called her “the brightest star in the management firmament” (according to a June 2021 issue of Time magazine). She’s also referred to as the “Mother of Modern Management.”

Along with shock and surprise I eventually felt anger at the way accomplished women were (and still are) almost invisible despite their enormous contributions to our society. Here two of my heroes, Bennis and Drucker, who were admittedly standing on Follett’s shoulders yet even with their acknowledgement she remained “the forgotten business guru2.” Drucker lamented that she had “become a nonperson.”

As I conclude this short editorial I’m left wanting to acknowledge this woman’s contribution to the field of leadership in some way – a way not yet clear to me.

Thank you for posting it here, John.